Prague is a romantic and affordable place to visit in Europe, so we share the best things to do in Prague, so you can plan the perfect trip.

You probably heard about Prague, Czech Republic. This city is an increasingly popular tourist destination, and every year, more and more tourists decide to visit this beautiful city. It’s easy to understand. This destination fits the needs of all types of travelers: solo, couples, friends, families, luxury, on a budget, young, old…

Moreover, Prague is very affordable compared to many European countries, in spite of the rising popularity of the city. And it’s full of history. Prague is perfect for a weekend break or a full 6 day trip to Prague!

Wanna go? Here are 10 things to do in Prague.

P.S. Don’t forget to try the amazing Czech food whilst you’re there!

Best things to do in Prague

One of the most famous tourist attractions in Prague is the famous astronomical clock. Located in Old Town Square, this clock was built during the 15th century and is still here today. Every hour, there’s a little animation.

The skeleton rings the bell and we can see the twelve apostles parade slowly. Therefore, every hour, a big crowd forms around the clock, because no one wants to miss that!

THE CHURCH OF OUR LADY BEFORE TYN

In Old Town Square, one minute away from the astronomical clock, you can see the Church of our Lady before Tyn. The two towers of this gothic church are approximately 80 meters high, and one is slightly taller than the other one. They were supposed to be identical but they goofed up during the building. Just like the astronomical clock, this church’s been here since the 15th century. Impressive!

You can pass by the John Lennon wall, not far from the Charles bridge. It was originally a normal wall but since the 1980s, it’s been filled with graffiti and lyrics from Beatles songs. Again, many people wait in line just to get a picture in front of this popular wall.

You cannot visit Prague, and not go to the Charles bridge, probably the most famous bridge of the country. This bridge illustrates most of the postcards of Prague. Many couples walk there. As beautiful as the bridge is, being a popular place, it’s packed with tourists, painters, musicians… If you really want to make the most of it, it’s better to go early in the morning. You’ll have the bridge just for you!

By the way, go there after 5pm. If you decide to go before 5, you’ll have to pay to see this beautiful street!

In the heights of the city, you can visit Prague castle. It’s actually a castle complex built during the 9th century! And today it’s the official office of the president of the Czech Republic. Many different courtyards, palaces, gardens form the castle.

Just behind the castle, you can see St. Vitus Cathedral, a roman catholic cathedral that stores the Czech crown jewels, a crown made for King Charles IV in 1347!

Don’t forget to have a look around Josefov, which is the Jewish area of the city. A lot of signs with the Hebrew alphabet, several synagogues, and a Jewish museum are there. But above all, the Old Jewish cemetery attracts all the tourists in this area. This is the largest Jewish cemetery in Europe, and it’s been here since the 15th century. Again, the cemetery is quite popular, there’s a long line to get in!

Wanna see an uncommon, bizarre, original building? Check the dancing house! If you look closely, this building represents a couple of dancing. The building was completed in 1996, and to this day, many people (locals and tourists) stop by to take a picture of this strange building!

Did you know that Czech republic has one of the highest beer consumption per capita in the world? You’ll probably end up in a bar drinking a beer there because it’s very cheap! But if you want to do something quite unique, or if you’re not much into drinking beer, why not try a beer spa?

There are numerous in the city, and many people decide to go there for one hour or two, just to relax! You can find more info about it here. 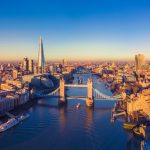 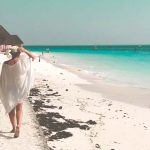 Best places to visit in Europe