When planning any trip, I like to find out exact costs of everything I could possibly spend. We are always search for the cost of travel, especially when we visited China.

From flights to food, transport to a cup of tea and everything in-between. So after travelling around China for a month, I thought someone out there may appreciate a cost breakdown of our trip.

Before we go any further though, I want to explain that we are a young couple who travel comfortably whilst on a budget. We are not the most frugal of travellers but we aim to travel in comfort with some luxuries, to make our time travelling extra special.

So here is the cost of travel in China!

Note: Prices are for two people unless otherwise stated and are stated in US Dollars.

Thinking about moving to Beijing? Check out this awesome cost of living in Beijing!

Hotel: Dorsett Wanchai (formerly known as The Cosmopolitan) $170 per night
Breakfast: Two bottles of water and two toasties from 7/11   $6
Bus to The Peak: $0.29 pp
Tram up to The Peak: adult fare $11.30 pp  ($22.60)
Views of skyline: Priceless (had to add a bit of cheese!)
Lunch: Stir fried Beef Noodles, french toast, frappuccino and a diet coke $14
Hong Kong Park: Free
St John’s Cathedral: Free
Dinner: A selection of Dim Sum for two with water $24

Today we were sick, meaning we drank many litres of water from the nearby 7/11 and managed to eat some snacks from the store during the evening – totalling $12.

Hotel: The Venetian Hotel Macau $155 per night
Breakfast: Room Service English breakfast $30 for two
The Titanic Exhibition: $15.90 pp
Skywalk around the Macau Tower:  $98 pp – Another big splurge for a fantastic experience
Drinks: A pint of beer and a pint of cider in The Venetian Hotel $4 pp
Dinner: Pizza, caprese and soft drinks from food court in ground floor of hotel $17.20

Hotel: A private double room in Sam’s Guesthouse Hostel $20.50
Breakfast: Scrambled egg on toast in hostel $1 per person
Hostels private day trip to the Leshan Buddha, including entrance: $50 (this place is a few hours away from Chengdu)
Lunch: Sweet and sour chicken, crispy pork and rice to share: $6
Dinner: Chinese dishes from the hostels restaurant $4

Hotel: Hantang Inn Hostel private room $24
Brunch: Beef noodle/chicken noodle and snacks from the Yichang Airport $4
Hotel to Airport: Free (taxi driver crashed into a lorry just outside the Airport so he didn’t charge us)
Flight from Yichang to Xi’an $36 pp.
Taxi from Xi’an Airport to Yichang: $11
Dinner: Duck for two with two beers and two wines $14

Snacks: 2 large bottles of water for our room, a large bag of crisps and a chocolate bar $3.40

Hotel: Hantang Inn Hostel private room $24
Breakfast: Cooked breakfast in the hostel bar $3.70 for two
Private driver (arranged by hotel) to and from the Terracotta Warriors $20
Terracotta Warriors entrance: $17 pp
Lunch: Soup from a restaurant nearby the Warriors $6
Dinner: Several drinks and a pizza at the Hostel bar $16

Hotel: Courtyard 7 private room $56
Shanghai to airport: $18
Taxi from one airport to the other airport (when we realised we were at the wrong place!): $20
Flight from Shanghai to Beijing: $68
Brunch: A rushed sandwich before boarding $8 for two
Train from Beijing Airport to hotel $3.60 per person
Dinner: Peking Duck with wine and beer $23 for two
Snacks: Water, Diet Coke, unusually flavoured pot of Pringles and two TeaTree Kit Kats $6

Hotel: Courtyard 7 private room $56
Breakfast: included with the hotel
Lunch: A pizza cone £2.70 and some churros $2.10 (Only in China?!)
Metro to Tiananmen Square: $0.40 per person, each way.
Forbidden city entrance: $8.70 pp.
Dinner: A four-course Chinese meal at our hotel Free (the hotel had some building work going on during the day so this was their way of apologising)
Snacks: Grilled scorpions from a street vendor $1 per stick

So that was a break down of how much we spent during one month in China, giving you an idea of the cost of travel in China.

Of course, tours can be cheaper when you go as part of a group but we found if there is two of you, a private tour isn’t too much more than two spaces on  group tour.

Snack food is more expensive in China than many other places across Asia. Hotels can be found on a budget and hostels offer some good rates for private rooms. However, don’t expect anything special in these places. Plus, bring a pillow or neck pillow with you!

When we travelled, we found that the flights worked out cheaper than speed train but I believe prices are going down for speed trains so do your research before booking.

Any questions? Let us know in the comments below!

HOW MUCH IS A TRIP TO VEGAS? 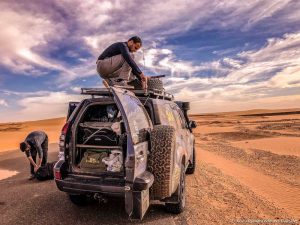 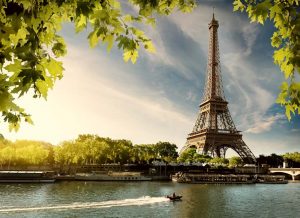