After hearing about various scams and problems about the Bangkok to Siem Reap public transport options, we were dubious about making this trip. Flights are available but can be quite pricey for those backpacking Asia.

We booked our bus journey from the tour desk in our hotel which included a pick up from the hotel down to the Cambodian border then a private taxi once on the Cambodian side, then the reverse trip 4 days later with the bus dropping us off at a train station near the airport (we were spending a night in airport hotel before flying out early the next morning). We shared the bus there and back with others who had booked their journey from travel agents on Koh San Road, so if you are staying around this area then check out the bus journeys available.

The trip was labeled as a “luxury bus” –  which we discovered was a loose term. We were squeezed into a 9 seater bus with 7 others and lots of backpacks. Once near the border, we were not taken to the border itself but to a random stop with a group of men asking for $20 for a Cambodian visa and the opportunity to pay extra for a ‘quicker’ visa. We waited here for some time, getting more and more frustrated that our hotel tour desk booked us into one of these infamous bus scams.

Eventually we were given our passports back with the overpriced visas and hopped on an open truck to get to the border. Once there, we waited for around 45 minutes at border control, with some Thai and Cambodian police reminding tourists they can pay extra to skip the queues – not the best first impression of Cambodia.

When you initially cross the border, it is a fairly busy area so hold on to your luggage and keep expensive items out of sight to avoid pickpocketing. Once through, we followed the crowd to a bus transfer that drove us to an area full of private cars, where I was finally able to find a clean toilet after roughly 7 hours of travel. Our private cars was nice and comfortable, taking us to our hotel quickly without any problems.

The return journey was less stressful although the private car picking us up from our Siem Reap hotel was about 30 minutes late meaning we had a panic about getting on the bus back to Bangkok after the border. The wait to cross into Thailand wasn’t as long (around 30 minutes) and we were then whisked back to that same random ‘restaurant/tourist office/scam artist’ shop before our onward coach journey to Bangkok. The traffic heading into Bangkok was horrendous, with the 3 hour border to Bangkok journey taking around 4 and a half hours. The driver was meant to drop us all off at Koh San Road but took a stop at a train station on the outskirts of Bangkok (near the airport) so that some of our fellow travellers could have a cigarette break. Hunger, tiredness and stiff legs led us to making the best decision of our trip so far. We took our luggage, jumped in a taxi and within 20 minutes, were checking in to our airport hotel. Hallelujah!

When we return to Cambodia, we will definitely be flying into the airport. Since our visit, Air Asia and Cambodia Angkor Air have started offering cheaper flights between Cambodia and Bangkok airport. If you are travelling around Asia and don’t wish to fly, there is now a government run bus that takes you directly to the border office to get your visa and then onwards to the border. Tickets can be purchased at Mochit 2 Bus Station. The train is also available, with blogger Seat 61 detailing the best route for those wishing to get the train to Cambodia.

What are you looking for? 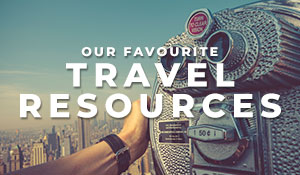 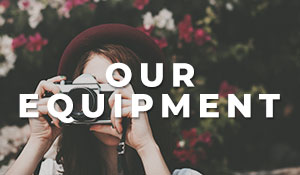