Sprawled across a massive city, Los Angeles is the second largest city in America and it feels it. Made up of movies stars, wannabes, surfers and heavy traffic, LA offers a metropolis of attractions.

There are lots of things to see and do in LA but make sure you hire a car or buy a sightseeing bus ticket, as getting across LA can be expensive. Check out the celebrity homes, Hollywood signs and Hollywood Boulevard. Visit the set of your favourite programme at one of the many studio tours or stop for some first class shopping on Rodeo drive. Those looking to relax can head to Venice beach, one of the prettiest beaches in California, and visit Santa Monica Pier; the end point of Route 66.

Hostel/Budget rates – Dorms in Downtown LA start at $45 whilst those in the Hollywood area and Venice Beach start around $30.

Transport – Car rental are cheaper the longer you have held your license for whilst a regular fare for the Metro is $1.75 per boarding or $7 for a day pass.

Average cost of food – LA offers some of the greatest fast food and cheap eats in America. Sandwiches, burgers, chilli cheese fries and even healthy options can cost between $5 – $15 while sit down meals cost between $15 – $30. My partner and I often ordered two starters to share between us for our dinners as most restaurants served so much. Make sure you check out the Best Tacos in LA whilst you’re there!

Hostel/Budget – Banana Bungalow can be found on Hollywood Boulevard; arguably one of the best areas to stay in LA. Near the nightlife of the Boulevard and the starting point for most celebrity home and red bus tours, dorm beds start at $30. Orange Drive Hostel can also be found in the Hollywood area, with dorms starting at $45 and private double ensuite rooms start at $109 for two.

Midrange – The Hotel Hollywood is a great hotel to stay at if you are looking for a central hotel; just one block from Hollywood Boulevard, with rooms starting at $98. Hotel Solarie Los Angeles, is a popular hotel for those visiting on business or who wish to stay in Downtown LA. Rooms start at $102 a night and are spacious and comfortable.

Top End – During our stay in LA we spent 4 nights at Ginosi Hollywood Apartments, offering spacious and clean apartments just off Hollywood Boulevard. This was a great choice for us, allowing us to make some homemade food and enjoy plenty of space to relax. The apartments also offer a pool which is great during the summer months, prices start at $190 but deals can be found when booking in advance. The Georgian Hotel is a great choice for those wishing to stay in the Santa Monica, with historic and elegant decor just a 10 minute walk away from the pier, rooms start at $262.

Fly – Los Angeles International airport (LAX) is the main entrance into the city. Some domestic flights arrive at Bob Hope/Burbank Airport. From the airport, you can catch a door to door shuttle bus such as Prime Time or Super Shuttle, costing $21 for trips to Santa Monica and $27 for trips to Hollywood. You can grab a taxi, with flat rates to Downtown LA costing $47, Santa Monica $35, West Hollywood $40 and Hollywood $50. The LAX flyway buses travel nonstop for $8 to Downtowns Union Station, Santa Monica, Hollywood and Westwood Village.

Bus – Greyhound offer buses into LA from all major cities, but their bus terminal isn’t in the greatest of places so avoid arriving at night. Some buses go directly to the terminal in Hollywood, with a few passing through Pasadena and Long Beach.

Drive – There are several routes into LA. Some may have taken route 66, ending at Santa Monica Pier whilst those heading from San Francisco should take the fastest route 1-5 through San Joaquin Valley. Hwy 101 is slower but more picturesque as is HWY 1. 1-5 ib the best route from San Diego and south points, whilst 1-15 south to 1-10 gets you to LA from Vegas and the Grand Canyon.

Renting a car is the best option for getting around LA; though avoid rush hour (7am – 9am and 3.30pm – 6pm). Parking at motels and cheaper hotels is usually free whilst top-end hotels charge anywhere between $8 – $40 for parking. The Metro System has 6 light rail lines and 2 subway lines, most of which start and end in downtown LA. The red line is the most useful for visitors, with its subway linking downtowns Union Station to North Hollywood, Central Hollywood and Universal City. As LA is such a big city, you may wish to get a 2,3 or 4 day ticket for the sight-seeing hop on hop off bus. Not only do you get to see all the sights but it also gets you to and from opposite ends of LA; just keep hold of the map as different lines and changeovers can get confusing. 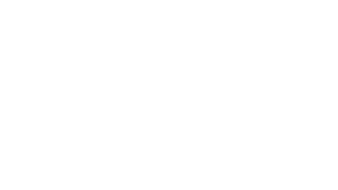 Based in Hollywood and Highland Apartments, the Ginosi Hollywood Apartel company rents out basic but comfortable apartments just off Hollywood Boulevard. When we visited LA this was our pick [...]

After travelling America a few times and still dreaming of another road trip across the states, we decided to share our USA Bucketlist!