Lola from Miss Filatelista shares her experience with full-time travel whilst working and taking freelance work blog the way.

I started traveling full-time somewhat by accident. I moved to Madrid in September 2015, so I had already been living in Europe for a while and had been traveling around the continent on most weekends. I didn’t start my lifestyle of full-time travel until July 2016 when a job in Italy unexpectedly fell through.

I was eager to see more of Europe and headed off to explore the Balkan peninsula to escape the Schengen Area for a while. I wanted to stick around Europe until the fall when my sister would be moving to France. I also wasn’t ready to give up on my blossoming relationship with my now-boyfriend and full-time travel partner Julio who was still living in Madrid at the time.

That summer, as I traveled, I was sort of at a loss with what to do with myself as I had never been unemployed and was very career driven. I’d always wanted to volunteer in India with a women’s empowerment NGO and figured the universe was letting me know that now was the time. I had been vetting NGOs for months and finally accepted a pro bono role as a communications officer with a project in Jodhpur and booked my ticket to India for December 2016.

Summer 2016 came to an end and so did my exploration of the Balkans. I found myself back in one of my favorite countries, Morocco. I spent a month there to buy myself some more time in Europe as I was now calculating how to arrange my Schengen Area visa days in a way to make them last through the holidays when my parents would be visiting Europe and I’d go spend a few weeks in Spain with Julio.

I’ve spent all of 2017 in Asia. The first 6 months I was in India, traveling half the time and working with the nonprofit the other half. Julio flew over from Spain twice and met me in India and Nepal then decided to resign from his job and join me on the road. From mid-June to mid-July I had my last solo trip where I spent a month in Sri Lanka.

My long-distance relationship with Julio finally ended mid-July when he joined me in Kuala Lumpur, Malaysia. We’ve been traveling around Southeast Asia ever since and have spent time in Malaysia, Singapore, Brunei, Indonesia, Thailand, and Myanmar. We plan to spend at least the next six-months venturing through more of this region before spending 90 days in the USA and 90 days in Europe. A year from now we have no idea where we’ll be but we’re certain we’ll still be traveling as we’ve made this lifestyle viable and can’t imagine going back to a typical office environment.

Tell us about the different types of jobs you have had around the world?

When I left my role as a Senior Manager at a branding agency in NYC’s fashion industry, I started taking on freelance clients in the public relations realm. I spent five months living with my parents in Florida as I figured out my next step. I had initially left NYC with plans to go to Uruguay and start a non-profit but then I was accepted into the Auxiliares program in Spain and couldn’t pass up on the chance to live in Europe.

In Madrid, I was a language and cultural ambassador in a public elementary school. I worked with the lead classroom teachers to develop activities and lessons to teach students English language comprehension, grammar, and conversational skills.

The school had a high number of foreign students from migrant families who did not speak Spanish or English. I took special notice of these children and spent individual time with them. I received negative feedback from the school and the governing Ministry for my concerns with these children. I was disgusted with the way the school system was neglecting them and presented my findings to the program’s leadership team and ultimately left the position. I believe that we are responsible to empower these children to stay in school in order to create a paradigm shift to end the vicious cycle of these students being removed from the public education system at age 16 to beg on the streets in order to support their families.

I didn’t like teaching English and don’t think it is something I’d ever do again. While I was overly qualified as a professional for the role I was grossly under qualified for a classroom setting. I had misunderstood and thought my role would be more about culture, and less of a glorified teacher’s assistant. I think these programs do more harm than good. It was especially disappointing when I learned that I was earning more working 16 hours a week than locals I met who worked 60+ hours a week in law, medicine, and design.

Around the same time I was offered a position as a Marketing Director at a travel company that buses American study abroad students around Europe on the weekend. I was drawn to the role as the CEO had expressed interest in sustainability and reducing the impact of the mass tourism they were promoting. These were buses full of rowdy students going to places such as Cinque Terre, Venice, Barcelona, and other areas that are suffering from over-tourism. The positioned turned out not to be anything like what I expected and after nearly three months I hadn’t been paid and my visa hadn’t been finalized so it was time to move on.

Since July 2016 I’ve only taken on freelance clients and haven’t had a full-time salaried position. I initially focused on working with clients in the public relations, marketing, and branding sphere as I established myself as a travel writer.

How easy was it to find work abroad?

I’ve been very fortunate that every role, client, and writing gig I’ve secured have been primarily through word-of-mouth. I learned about the Marketing Director role through a post in a Facebook group. I’ve actually had many leads for writing gigs through Facebook groups too and use them often to crowdsource for quotes for articles. Facebook groups are an incredible networking tool, don’t underestimate them!

What is the hardest thing about working abroad?

Time management is especially difficult when traveling full-time. I work with many fantastic brands that host me at their accommodation, restaurants, transportations, experiences, etc in exchange for content on my site. It is standard to publish posts within 90 days after a partnership is completed and I’ve struggled to keep up with a regular posting schedule.

When traveling full-time, especially in a new place, it is difficult to pull yourself away from exploring to sit on your laptop for hours. When I was traveling solo I’d balance this by playing all day and working all night. Now that I travel with Julio it is a bit more challenging to make the time.

Finding balance is key. We both love Chiang Mai so we decided to base ourselves here for two months so we could focus on work before heading out on new adventures in the New Year. I am trying not to take on any outside work and only focus on writing content for my blog. I want to be all caught up on 2017 posts before we head to Laos mid-February! 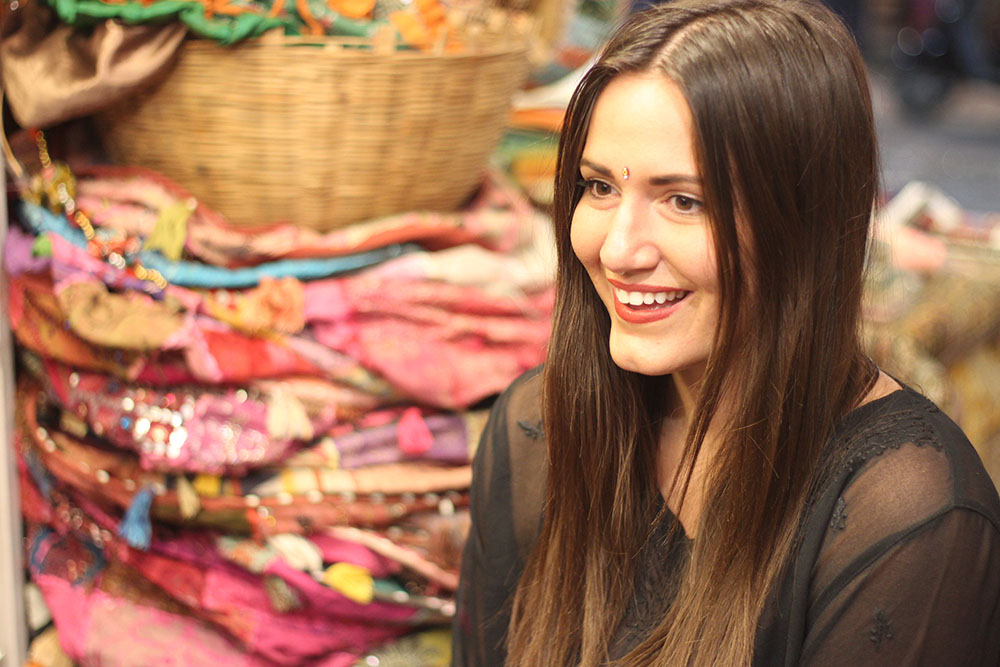 Has your work been able to fund your travels?

Absolutely! But if the opportunity to be a paid travel writer disappeared tomorrow I would still continue to travel and find another way to make a living. I am a traveler first. Writing supports my lifestyle, but I don’t travel only to write about my experiences.

Have you been able to save much whilst travelling full time?

My bank account is much fatter now than it was when I was bringing in a senior level salary at a marketing agency in NYC. I am not earning more, in fact, I make pennies in comparison–but I am spending way less, and living a more well-rounded and enjoyable lifestyle. I don’t see myself going back to an office environment or even working for anyone else any time soon.

What has been your favourite country to live and work in?

India and Thailand as I’ve spent the most time here this year – 6 months and almost 3 months. Fast WiFi and cheap delicious plant-based foods are easy to find in both locations as well as affordable housing and experiences. $10 for an hour massage is a luxurious splurge in both places, one that I surrender to sometimes weekly.

What has been your least favourite country?

For working? Myanmar as reliable WiFi was hard to find, even our data plans often didn’t work. We also only had 28 days in the country as per the visa limitations so it was challenging to make time to write when we felt like we were so rushed to see as much as we could of the incredible country. Myanmar is one of my favorite countries to travel too and I think everyone should get there as soon as possible. 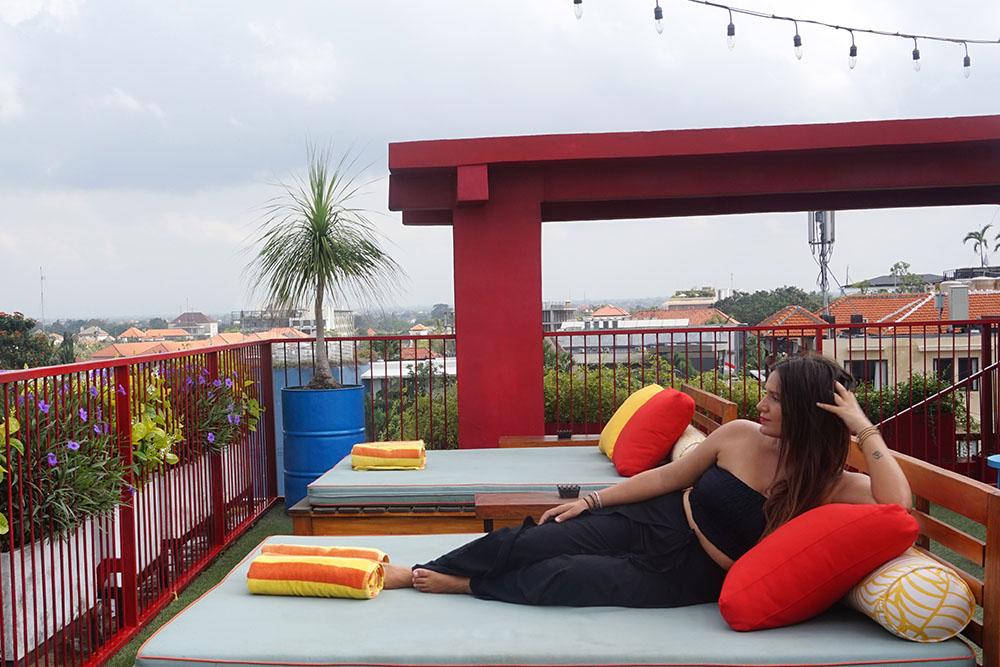 What has been the cheapest place you have lived in and what were some of the prices like?

India is hands down the least expensive place. I believe on average I spent around $400 a month living in boutique hostels and working from upscale cafes. I wasn’t living on a budget either but balanced my spending between $1 street food meals and fancier dinners, which still usually cost less than $10.

It’s actually been pretty shocking adjusting to cost of living elsewhere after spending 6 months in India. I found Bali to be really expensive! Thailand is also expensive in comparison to Malaysia.

I’d like to be based for 3 months sometime soon in Penang, Malaysia and 2 months Ubud, Bali, Indonesia. Both are similar to Chiang Mai in that they’re affordable and have all the comforts of home that make them a great hub for nomads such as modern housing options and creative cafes. Each city has managed to hold onto its unique culture even though they’ve been inundated with western digital nomads. I like to live in more local neighborhoods but spend my days at remote worker-friendly cafes which are typically in more touristy areas, or nearby college campuses.

What has been the most expensive place you have lived in and what were some of the prices like?

Compared to New York City nowhere I have lived was expensive. Madrid and Florence are probably two of the least expensive major cities in Western Europe. In Asia even ‘expensive’ cities like Kuala Lumpur or Singapore are still massively budget-friendly compared to major cities in the US.

What advise would you give those who want to travel full-time, finding jobs to support their travels on the way?

Although many people do it, myself included, I would avoid starting a new career when you set off to full-time travel. Instead, find a way to continue to work in your field, but remotely. This is possible with most industries and becoming increasingly more common. Give yourself some time between resigning from your career at home and jetting off. During that gap time establish yourself as a freelancer, network like crazy, and start adapting to a remote-worker lifestyle.

Wow full-time travel is a dream of ours and I loved reading about Lola’s story. 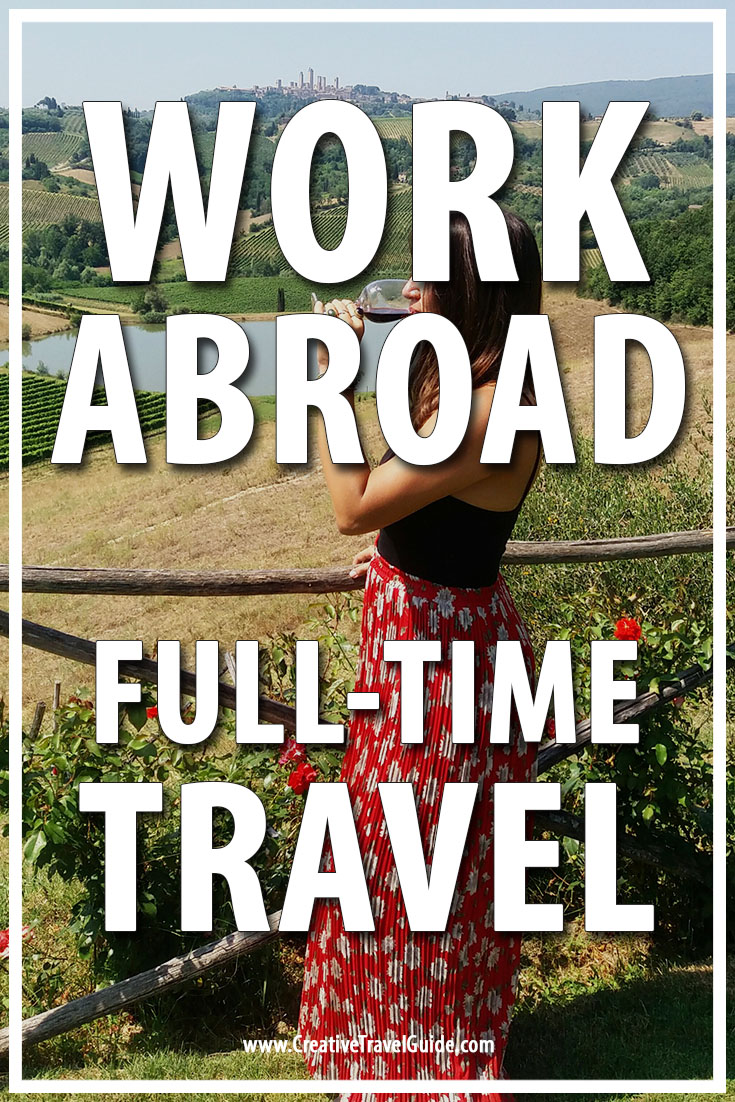 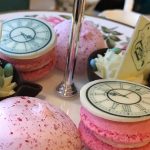 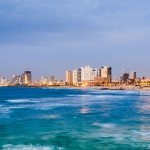 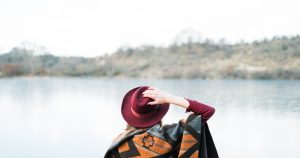 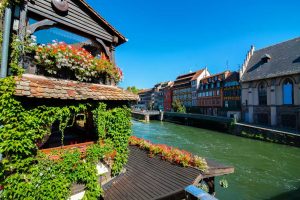