England will always be home to me and there are many ways you can enjoy a weekend in London. This is the first year I won’t be in London for Christmas so, to beat my ever growing homesickness, I wanted to share my idea of a perfect weekend in London. 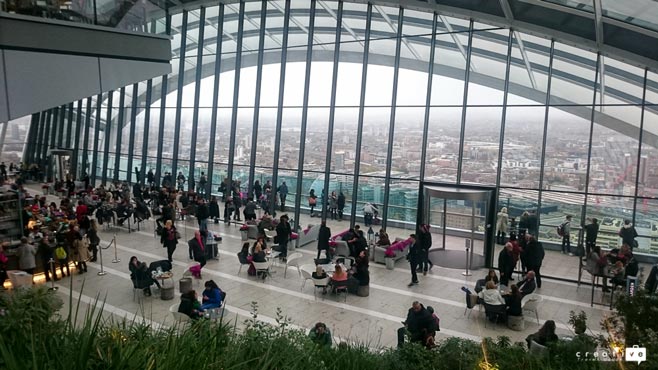 After checking in at a hotel, the first thing I look to do on a Friday night is go for a bite to eat.

For those looking for a romantic and FREE experience, head up to the Sky Garden to watch the sunset and enjoy panoramic views of the city. However, if you want a special experience in London, why not book a helicopter tour, a fun, unique way to see London from above.

For areas to eat, I personally love Camden. There are some eccentric bars in the area along with many unique and unusal restaurant choices. Head to Jamon Jamon Camden for tapas or Ma Petite Jamaica for some tasty Carribbean food.

Islington road is also another popular area for locals to eat out; prices are stighlty cheaper and restaurants aren’t as busy.

For a range of internatinal foods, head to Shoreditch; with high-end restaurants such as Andina Peruvian Kitchen and Tay Do Restaurant.

Altneratively, Soho and Spitalfields are both great areas full of restaurants and bars for you to try. For a fun night out, try a masterclass in cocktail making, available in many bars across the city.

I do like eating in Covent Garden, especially if I am in London for a West End show, but check menus and deals before visiting; prices and restaurants can be busy, especially on a Friday night. 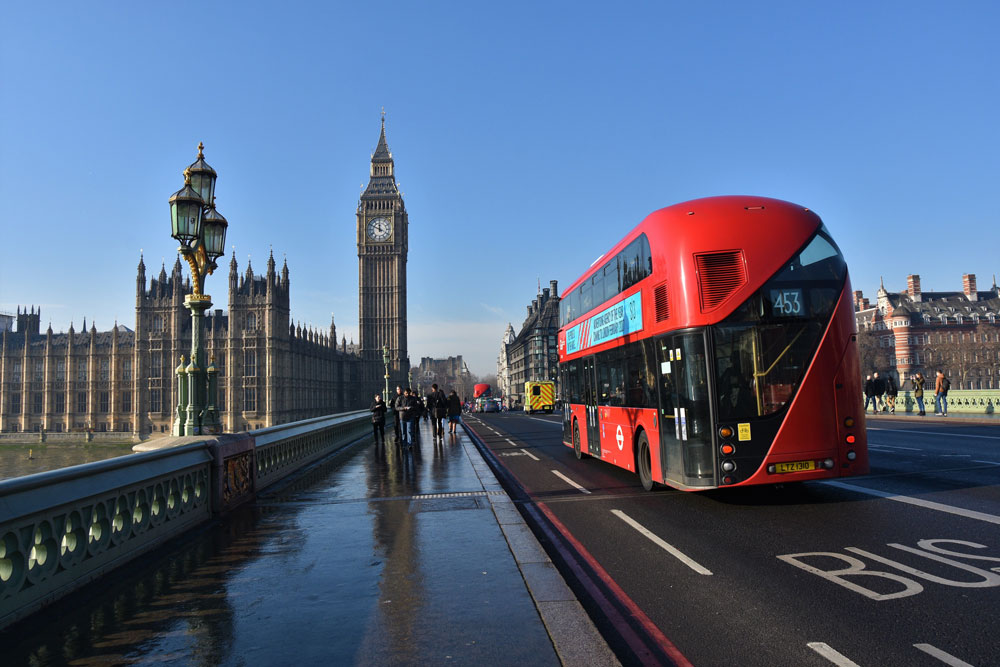 Start your day with a delicious breakfast. On a budget? Get yourself some breakfast items from the supermarket or book a hotel which includes breakfast. Want something special? Head to one of London’s best bottomless brunches to a meal you won’t forget, try a themed afternoon tea or even get a vegan afternoon tea – there really are options for everyone in London!

Exploring as much as London as possible is important for your weekend trip. There are a few ways to do this but my favourite is simple and cost effective –Hop-on Hop-off Bus Tours.

How best to explore a new city? Metropolises like London can often be daunting places if you’re newly arrived and jet-lagged. Some will grab a map from their accommodation lobby and then head out to explore themselves? Others will join individual group tours, where you get to explore a small part of the city or a specific moment from history. Jack the Ripper comes to mind. Both great ways to explore, but perhaps there are other options? Is there a way to explore the city, familiarise yourself with the surroundings, and get comfortable at the same time? Yes, there is, and that’s a hop-on hop-off bus tour.

A hop-on hop-off bus tour is the perfect way of getting to know a destination. It’s an affordable method that’ll let you see the city in all its glory, allowing you the chance to then decide if you either want to hop-off immediately or continue on the full tour and head back to the places you want to discover more at a later time or day. Plus, you will stop at some of London’s most instagrammable locations in just one day.

Although London’s main attractions are situated in a reasonably small area around its centre, there are plenty of route options and stops to jump-off. Up to 6 routes and over 70 stops! So pick a route that suits, jump aboard a bus and settle back for a tour of London’s top sites. From famous museums to London shopping streets, the London Eye to the Tower of London. If you are visiting with family, there are lots of things to do in London with kids too.

A hop-on tour ensures you’ll see the best that London can offer. Then if there is somewhere, you like, well you can either jump-off there and then or come back to it later or another day. It’s as simple as that. With audio commentary too, this is the best way of ‘getting to know’ the city. Call it your perfect London introduction. You can use the bus tour or the Underground to make the most out of your 2 days in London.

This option may not be for everyone but, if you are a Potter geek like me, or you are travelling with family, discovering the world of Potter is a must. Whether it is a trip to the Warner Brothers Studio tour or visiting the film locations around the city, there are options for all types of travellers.

Either way, you can get your hands on Harry Potter Studio Tickets Last Minute and explore the magic.

Think back to those movies. Remember the Death Eaters attacking the millennium bridge? The entrance to the Leaky Cauldron (that’ll be in Borough Market). Even Diagon Alley! Oh, and how could we forget platform 9¾ at Kings Cross Station. Now is your chance to see them and try them out! Will you make it onto the magical platform? Have a try at Kings Cross and see!

These famous scenes from the films are dotted throughout the London cityscape, and you can explore them by foot or bus. Not forgetting that The Harry Potter Studios is based on the outskirts of London. Leavesden Studios to be exact.

What can you expect from the studios’ tour?

A world of magic that’s certain. Step inside the great hall, explore Dumbledore’s office. Walk the famous Diagon Alley, I’m sure you will recognise the famous shops of Ollivanders, Flourish and Blotts, the Weasleys’ Wizard Wheezes and Gringotts bank!

Not forgetting all the props from the films such as Harry’s Nimbus 2000 (wouldn’t you just love to have a go?) and Hagrid’s motorcycle. We all love a monster, right? Well, you’ll get to see how they brought the creatures to life – that’ll be discovering all about the animatronics and seeing the life-size models. Who would have thought that a small suburb of London would hold all the secrets to the world of Harry Potter and co?

The great thing is, the attraction is only a bus or train ride away from the heart of London. So there really is no excuse about adding some magic to a stay. There are plenty of tours to pick from to help you bring the Potter magic to your London trip, so make sure to brush up on those spells and find yourself a Potter tour to suit.

London is a city that has a bit of everything. History dating back hundreds if not thousands of years to uncover. Iconic attractions that are familiar, yet when you actually see them are somehow new and exciting to view. And modern cultural references that have added to Hollywood made magic! It’s a city that screams explore me! Uncover my secrets, share and cherish them from whence you came.

If you have more than a weekend in the city, make sure you explore more of England with some of the best day trips from London or head to one of the beaches near South London during the summer months.

Whether it’s a Hop-on Hop-off London bus tour or a trip into the world of Harry Potter, either of these tour options will give you a fresh, exciting look at what this city has to offer – which as you will have read is plenty! These tours will make sure that you have those precious memories and above all, enjoy the very best of London. 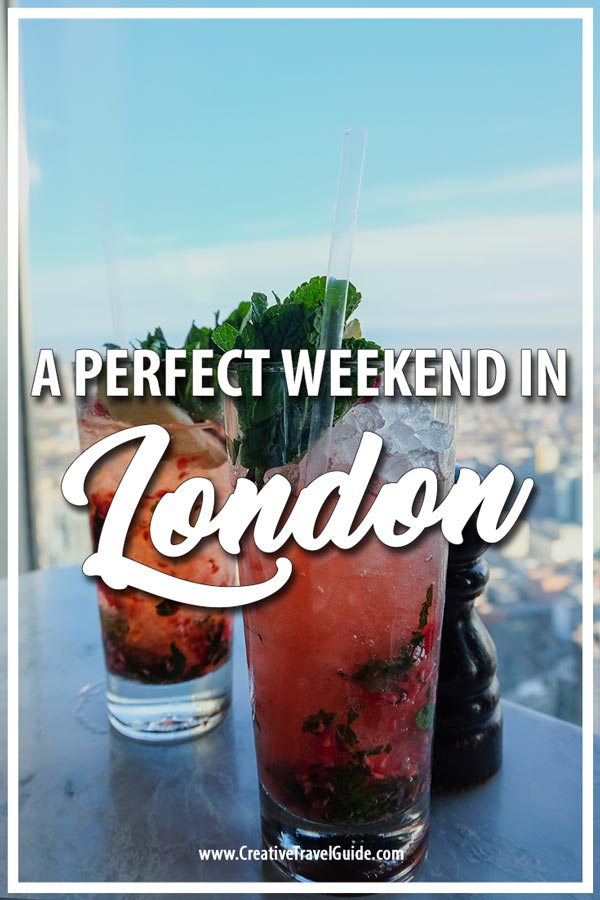 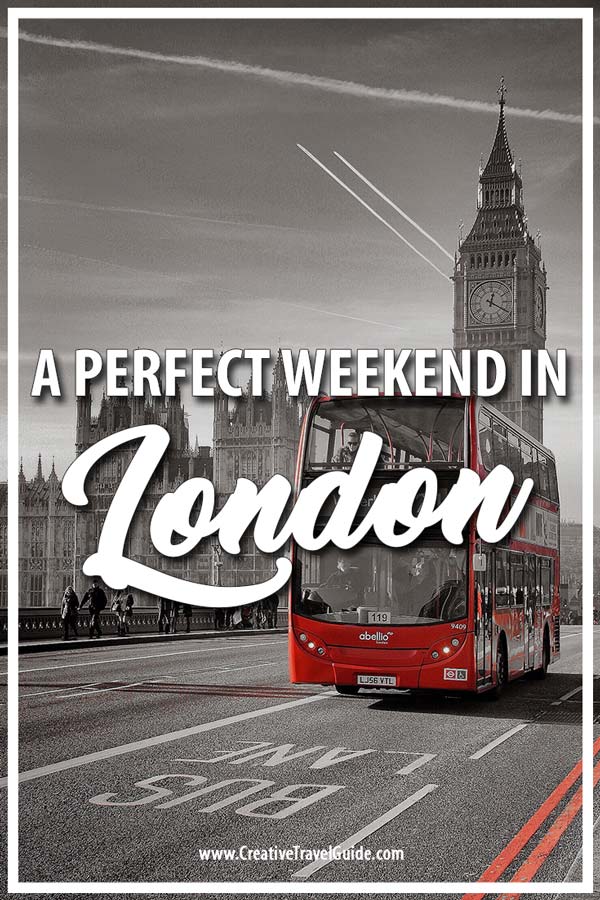 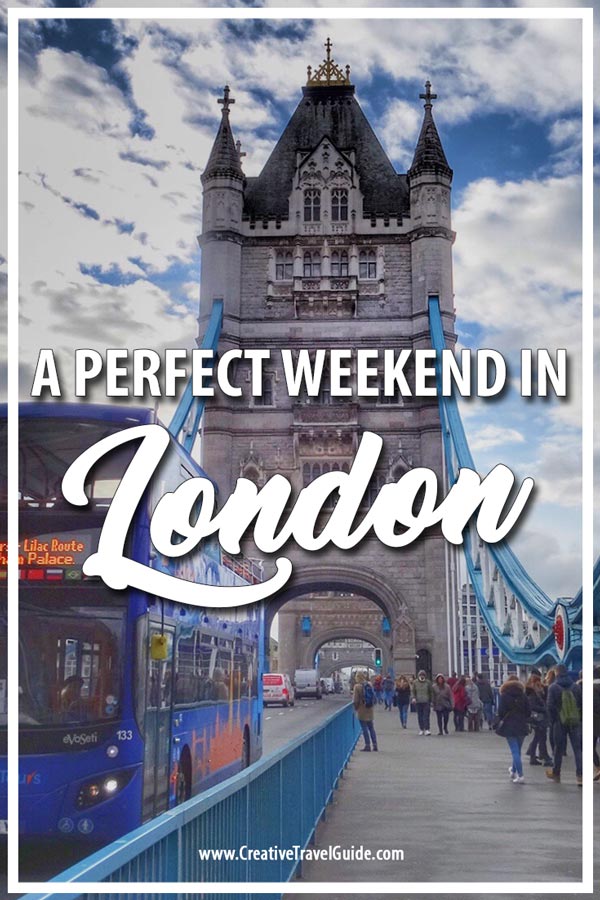 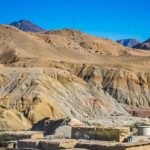 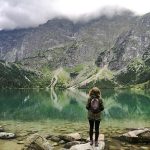 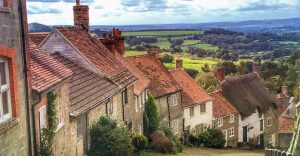 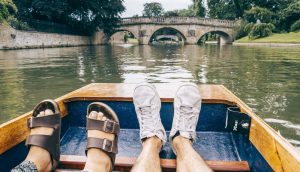