On our first trip to Bangkok, we stayed in the Silom area. The hotel was fairly good but the area was touristy and expensive and boring. So this time around, we decided to do some thorough research and stay at a hotel in the On Nut neighbourhood. This is our full review of where to stay in Bangkok – X2 Vibe Hotel.

We booked into one of their standard rooms which was comfortable, spacious and smart. The hotel have gone for a very modern look and it worked. The bed was very comfortable and the room had a minimal feel to it.

There was a built in desk area but personally, we found the chair quite uncomfortable so wouldn’t use this for long periods of time.

We returned to the hotel before our flight home from Pattaya and checked into a Superior twin room which was incredibly spacious and the size of a modest studio apartment! You could definitely #LiveLikeALocal here!

The hotel has everything you could want when visiting Bangkok as a traveller. We enjoyed the pool at our leisure and for those needing to relax, there is a Japanese inspired spa; an Onsen.

There is a modest gym that is open from 6am to 9pm – the gym was often fairly quiet too! The hotel also houses a modern, chic meeting room for those staying on business.

You can also eat at the 4K Cafe & Bar, which serves both Thai and Western food.

The location is the best part of this hotel! You are a few minutes walk from the On Nut BTS Station which is very convenient for sightseeing and exploring. There is a 7/11 store literally in front of the hotel, full of snacks and drinks, plus there is a Tesco Lotus (a massive supermarket with everything you could want).

The area also has some great street food, restaurant and bar options >> we wrote a full guide to local food in the area.

I will be honest, this is perhaps the only part of the hotel that let it down. There were some members of staff that were amazing! One of the reception staff members was fantastic – I wish I remembered his name! But he offered to take us to the boxing and gave us some great tips and advise on local bars and places of interest.

However, we found there was also 3 or 4 members of male staff who were slightly rude.

On check in, we were told to leave our luggage and the bell boy would bring them up. After checking in, we noticed our suitcases had gone so presumed they were in the room. They weren’t. We waited over an hour and still no luggage. We ended up going back downstairs and finding them tucked away somewhere and bought them up ourselves.

We had an issue with the safe when we checked in the second time and after calling down to the reception desk, we were told bluntly to wait. Then we had a disgruntled member of staff storm into our room 30 minutes later, he didn’t speak or look at us, he restarted the safe and walked out with a slam to the door.

We were also warned that because there was a slight stain on the bed covers (I think a bit of my foundation must have rubbed onto the cover), that next time we would be charged 5000 baht.

I know these are little things and in a cheap $40 a night room in Bangkok I wouldn’t mind it as much. But this hotel isn’t that and we loved everything about our stay, apart from the customer service.

So the staff left a bit of a bitter taste but we do LOVE this hotel and would return here again in future visits to Bangkok. You can’t beat the location and the convenience in the area; we even discussed moving to this area one day in the future!

Where is your favourite place to stay in Bangkok? Let us know in the comments below.

We value and appreciate all our readers and supporters. This blog post may include affiliate links which we would love for you to use when purchasing future tickets or products. It doesn’t cost you anything extra but we make a small commission, allowing us to continue building this website and sharing our love of travel with you. If you wish to support CTG then please use our Amazon affiliate for your next purchase.

HOW TO VISIT THAILAND 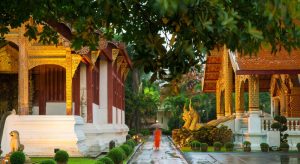 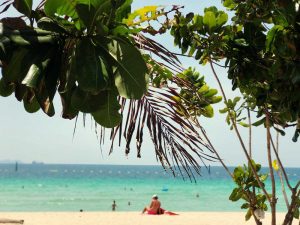 A QUICK GUIDE TO PATTAYA