Contents hide
Italy Work Abroad Interview
Tell us about yourself and your job in Italy?
What made you decide to travel and work abroad?
How did you find, apply and interview for your entertainer job?
Can you describe a typical day?
What is the best thing about living in Italy?
Do you get to travel much?
What is the hardest thing about working abroad?
What are your best memories and experiences of working abroad?
Have you been able to save much money after expenses and travel?
What must pack items would you recommend?
What advise would you give those who want to travel and work abroad?
Best places to visit in Italy
Helpful Resources 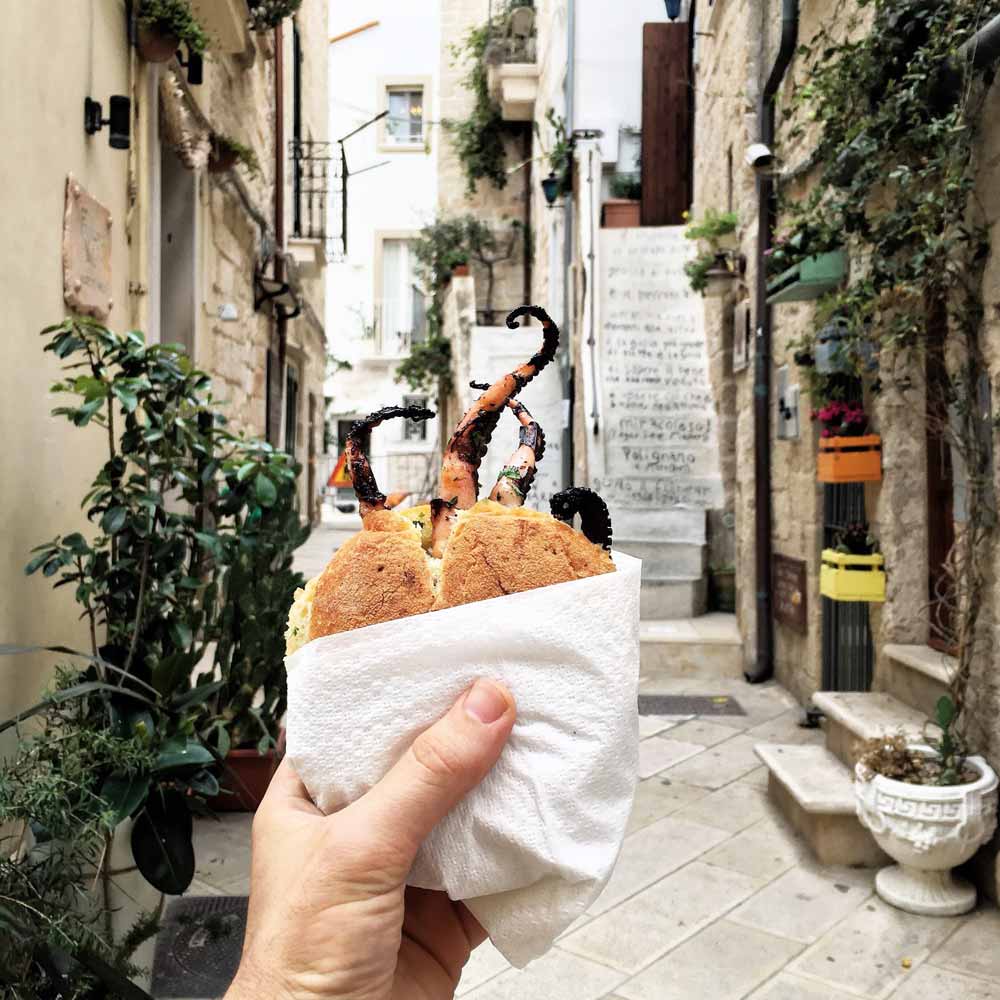 Tell us about yourself and your job in Italy?

I am a traveler in my twenties, born and raised in Estonia. I recently earned my bachelor degree in tourism management in Amsterdam and am now ready to explore the world. I have traveled to twenty-two countries till today and aim to grow that number higher and higher.

My job in Italy was very colorful. I was a campsite entertainer and provided the customers with all sorts of fun activities.

To start with, I was assisting the children’s club, where the kids came to play and the parents could go and relax somewhere else. We had to organize games for them or teach them some handicrafts, make fun competitions, do face paintings or go for a treasure hunt. We organized different sports tournaments like soccer, volleyball, tennis or other competitions for the guests. I often performed water gymnastics, which was part of the daily activities and also yoga or Zumba classes.

During the evenings, we had a mini disco for the kids and club dances for the grown ups. Every night we had also different shows, like cabaret, funny games or we performed musicals. It is a very active job, but a lot of fun. You can let your inner child out.

What made you decide to travel and work abroad?

I was already traveling quite a lot as a kid and completely loved it. I attended some language camps abroad in my teens and when I grew older I figured why not get work experience abroad as well. Although I was still very young and did not know what I wanted to do in life, I thought this experience would be very beneficial no matter what I decide to do later on. It would improve my CV because I thought employers often value international experiences. Most of all, I would grow personally and it is a great chance for self-improvement.

How did you find, apply and interview for your entertainer job?

I found the job advertisement online. The ad stated that they are looking for Estonians to apply for an entertainer position. The company advertised it to many other countries the same way looking for Dutch, Germans, Czechs or many other nationalities to build international teams to work in all the campsites they cooperated with. I saw this opportunity, decided to give it a try and then sent my CV.

The company had a whole hiring process that you needed to go through. When they liked your CV they invited you for an interview. The nearest city they held the interview was Riga in Latvia. Unfortunately, that year they did not make the interviews in my country, thus I had to drive to Riga. After you got the green light from the interview you were invited to complete a training week, which was held in Italy. During the training, they wanted to see if you are really fit for the job or not. The training was held in one of the biggest campsites they were working with. On the last day of the training, they made a selection of people, who they finally want to hire for the job. 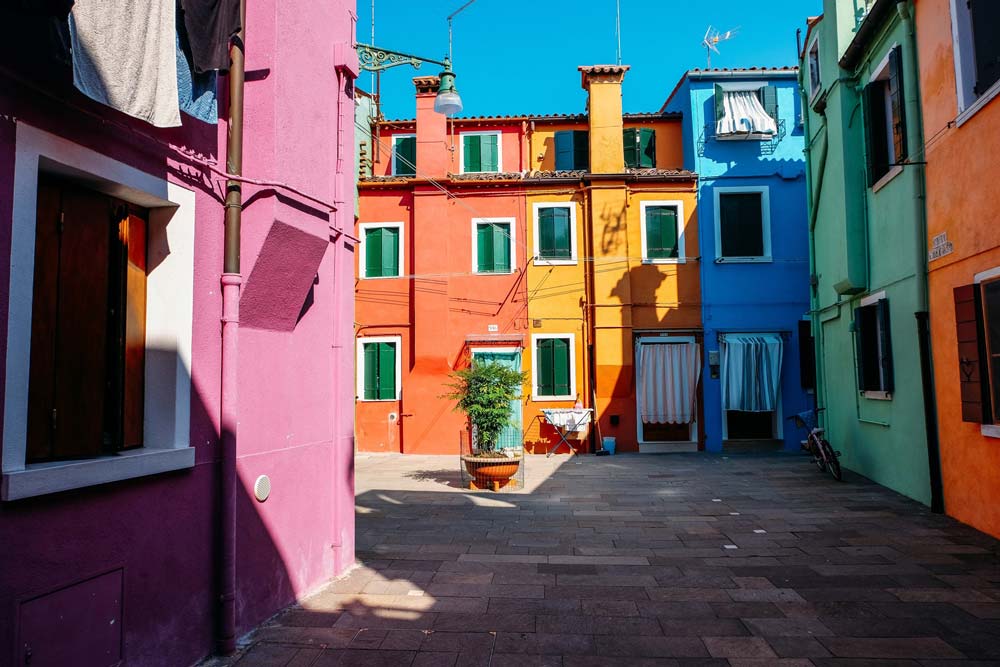 It was my first time going through a hiring system like that. I don’t even remember exactly how many people were at that training. Maybe over a hundred!? They invited small groups at a time to the office to announce their decision. Either to make a contract right away or wish you good luck for the future.

It took a long time and for some reason, I ended up in the very last group. I was so nervous and thought I would pass out. Everybody else already knew and could relax even if they did not make the cut. People tried to comfort me and said that probably they would not leave the very last ones waiting all day just to get rejected. Luckily, they were right and I felt so relieved and happy too that I got selected. The job started in summer while the training took place during spring. I still had a little over a month to enjoy home before heading back to Italy.

Can you describe a typical day?

The whole team of the campsite was divided to run the different activities in the camps program of the day. For instance, one-day program for me could start with a yoga class followed by water gymnastics. Later on, I would join some of my team members to organize the lunch hour cocktail games. These were funny but simple games that people could take part in and get a small prize at the end, which usually was a cocktail. After that, it was the siesta time where we had lunch and if it was necessary we used these hours to practice for our evening shows.

The other half of the day would start in the children’s mini club. Each day had a theme and then according to the theme of the day, we made the activities. On pirate day, we would craft some swords and pirate hats and play treasure hunt. At the same time, some of my other team members were managing the sports tournaments and the evening gymnastics. Later, I would go on a dinner break and get ready for our evening show.

The evening show always started with the kid’s disco. All the dances were taught to us during the training. The disco is followed by a show. This could be a cabaret show, where we did funny sketches. Once I played a naughty baby and my colleague was playing my hands for me. I ended up covered with Nutella, yogurt, coca cola and many other yummy things. Some other nights we would run game shows or perform our musicals.

Depending on the campsite and its size, each day can be different. In a very big campsite, the whole team is usually divided into smaller groups and those small groups are responsible for only certain activities. At some smaller campsites it is possible to rotate the activities between the team members, thus every day is different and you get to try out a variety of things.

What is the best thing about living in Italy?

Coming from a cold country there is no surprise I really liked the sunny weather. To add to that, the food was great and the country itself is very beautiful. I worked in three different campsites in total. One was next to Garda lake and the whole area is just gorgeous. Another time I worked in Sardinia and the beaches there are just amazing with crystal clear water. People are very friendly too.

Plus, the gorgeous cities like Turin and Milan were the perfect places to escape to during the holidays.

Do you get to travel much?

I think I have travelled quite a lot in my life and will continue to do so. It is very hard to pin down a favourite place because I think every country and city is different and unique in its own way. I do really love warmer countries for the reason that it is cold and not so much sun in my homeland. I wouldn’t say no to a nice snowy holiday somewhere in the mountains either. I do love more wandering in nature than city trips, that’s for sure.

Visiting the major cities like Rome, Florence and Venice are, of course exciting, but taking a Northern Italy Road Trip or exploring the foodie havens is just as fun!

What is the hardest thing about working abroad?

I think it was getting used to their working culture. I had to really push myself out of my comfort zone. Generally, I am shy and additionally, I am an Estonian. Estonians are pretty much enjoying their personal space and are reserved, while Italians… well, they are not really known for being quiet. It’s like a little ball of hay rolling in the middle of a desert next to a thunderstorm.

I also have a quiet voice and when I did my first water gymnastics classes people could not hear me well. A few weeks later a guy working at the camp site next to us told me that even he heard me instructing the class. I really pushed myself to do some things that I would never have done otherwise. Working as an entertainer gave me confidence and taught me a lot about myself.

What are your best memories and experiences of working abroad?

Definitely meeting so many new interesting people and doing so many fun things together. Also in this job, you can do some very silly things that you would not be doing otherwise anywhere else. I have many funny memories that I like to think back at sometimes. Once during a play, I accidentally fell off the stage and it turned out funnier than it originally was supposed to. Another time I was playing a dumb dentist trying to catch a fly and the way I acted was hilarious to my colleagues, who were watching backstage. They just kept playing the fly sounds so I had nothing left to do but to keep trying to catch an invisible fly.

There were plenty of other fun situations since the job was full of fun and games. The main goal was to keep people happy during their holidays and doing that made us happy too.

Have you been able to save much money after expenses and travel?

This job was not meant to save up a lot and get rich. I did save some money, of course, and earned back the money spent on the tickets. Plus, I did not spend much money during the job due to the fact that the accommodation and food were included. However, the money didn’t matter as the job itself was an awesome experience and a lot of fun.

What must pack items would you recommend?

Luckily for this job you do not need a lot of clothes because you will be given a work uniform. Do bring a hat and a sun cream to protect yourself. Comfortable shoes are a big must since you will be on your feet quite a lot. Other than that you can pack pretty light.

What advise would you give those who want to travel and work abroad?

Just go for it!

When you work in a different culture it will give you a greater experience than any job in your own country will. Working abroad won’t just improve you professionally but you will grow personally and develop great intercultural communication skills. You can always come back home and develop your career at any time, but an experience abroad is worth having.

Best places to visit in Italy 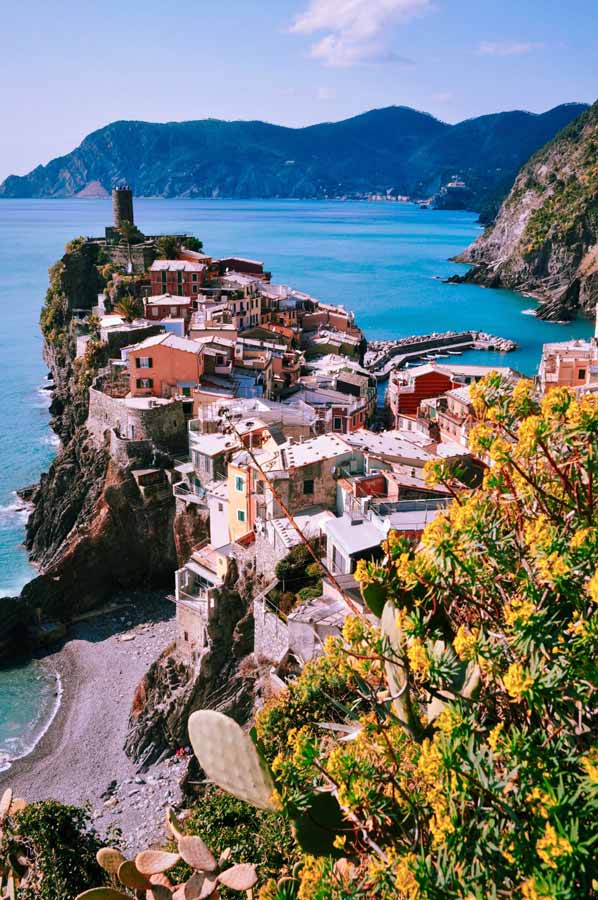 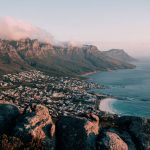 How to be a Digital Nomad in Southeast Asia

A Guide to Moving to France as a Digital Nomad